Our success lies in collaborative work. 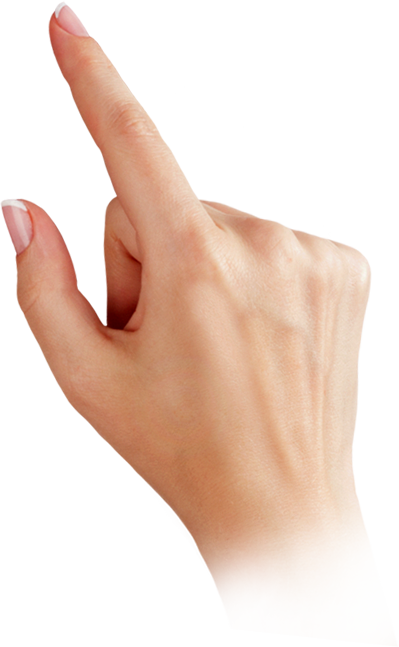 UbiZ, the application that connects you with your favorite places.

More than 1,250,000 companies streamlined their digital marketing strategy with Ubiz. 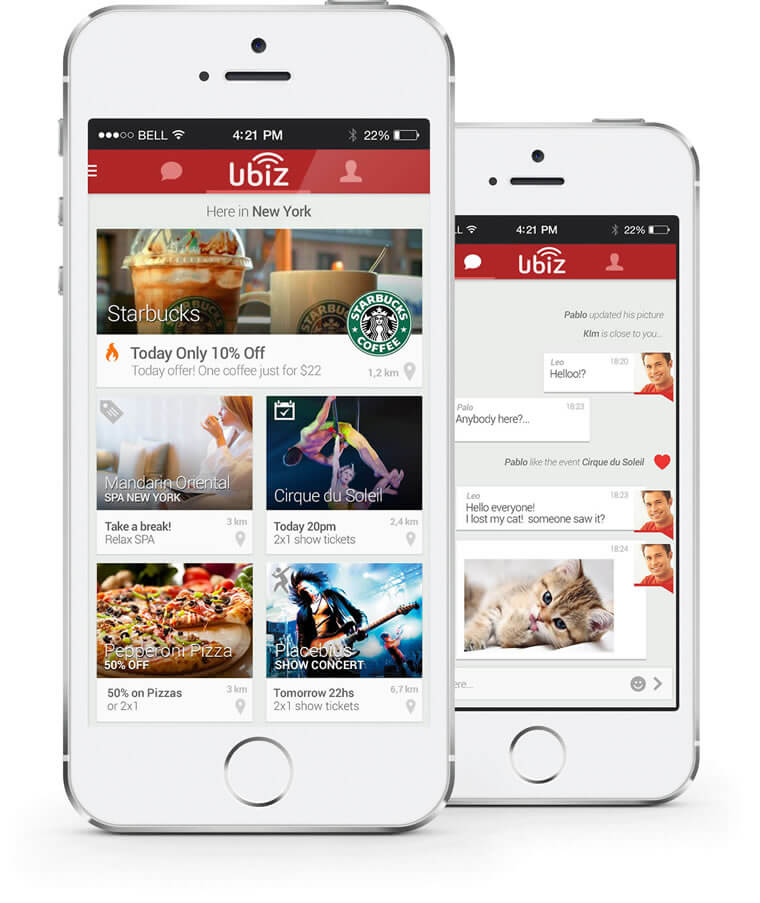 Why do our users love us?

Because they participate in prizes and monthly sweepstakes just because they use the application.

Because they receive real-time notifications regarding exclusive promotions or benefits from their favorite brands, wherever they are.

Because we developed a great tool that uses the geo-location system to provide a unique experience, adapted to your needs.

Our users get impressions and referrals from those who have already experienced the App, sharing photos, comments and ideas about what they like. 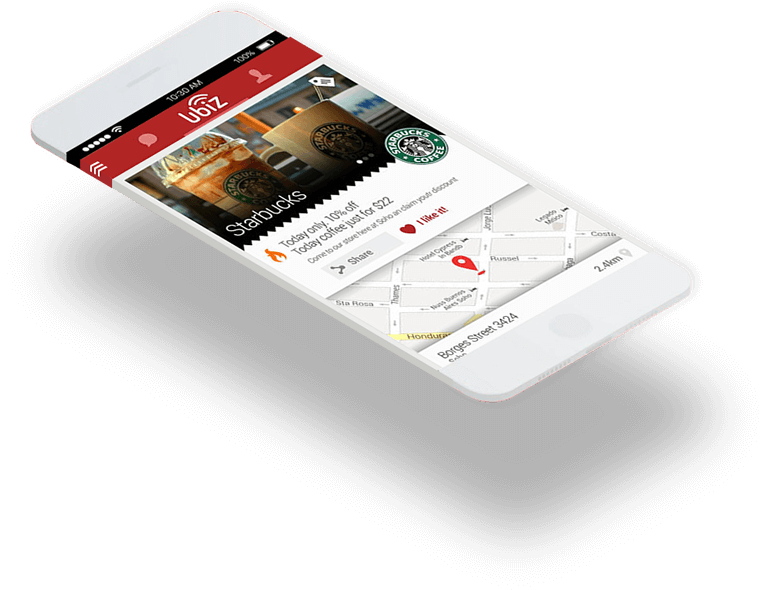 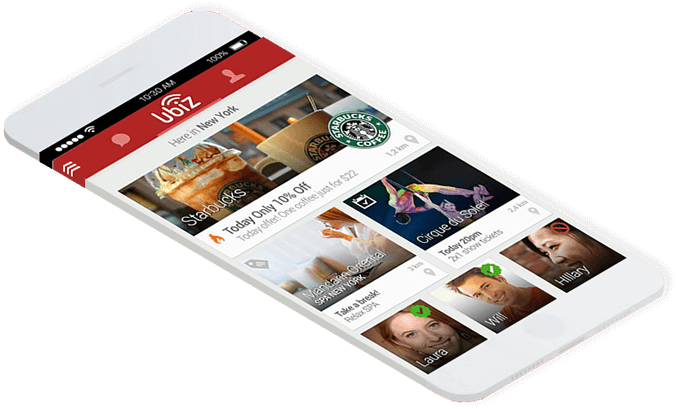 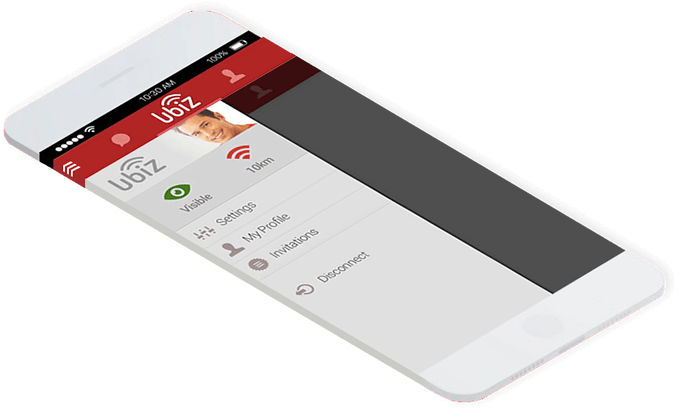 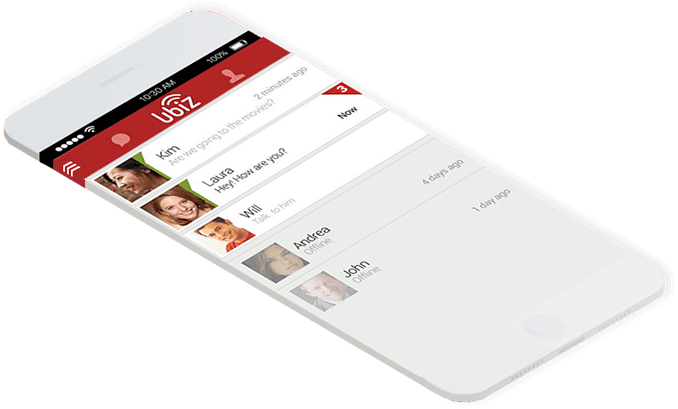 Do you want your business to reach its full potential?

Imagine generating such a strong bond with your customers that your brand becomes part of their lives... seize this opportunity to achieve success today.

Create dynamic messages based on your customers' location, preferences, and needs.

Promote actions that lead your customers to interact with your business.

Reach your audience at the right time and place through push notifications, whether the application is running or not.

You will have access to electronic books and video tutorials where you can discover all the features and explore the full potential of this incredible loyalty tool.

Custom marketing will allow you to promote specific features of your business.

Through UbiZ, we offer a complete tool to launch your loyalty program, motivating your audience with sweepstakes, promotions and other marketing activities that will communicate them directly on their cell phones. 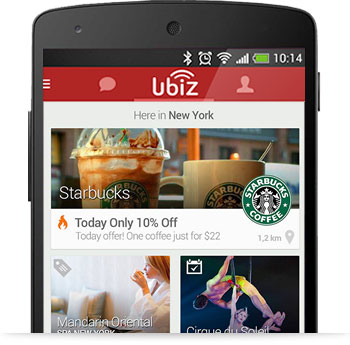 Our goal is to take the UbiZ tool to its maximum use, offering the best service with a unique platform.

Not only did we design your Push communication tool for UbiZ, but we further target every new development and strive to build loyalty with your current customers and attract new ones.

Although it is an easy tool to use, we have specialists in development and design within Ubiz, which allows us to exploit every aspect of the App, providing you with step by step and optimal results 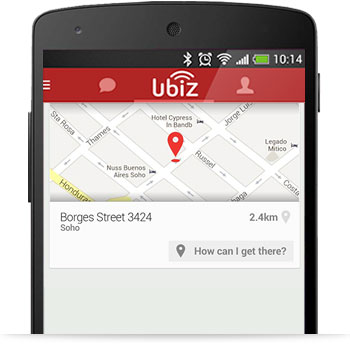 We offer a range of customized packages designed by our professionals, based on market research and our customers' needs.

Allowing you to publicize and promote the selected features of your business to the market.

It is important to emphasize that you will always be the owner of your product and all the material that is used for the development of the loyalty campaigns.

Visit our other business units

The evolution of the UbiZ App

The Mobile telephone burst into the global market with unprecedented force. Further, customer loyalty was an issue that was of the greatest concern to entrepreneurs in the commercial sphere. That's how we started working on the idea of bringing loyalty to mobile telephones.

September 2016. We started working on creating the UbiZ App, AiYellow's mobile phone loyalty tool. We had a vision: nothing better than the technology of push notifications to retain customer loyalty.

One of the main features of Ubiz is to update the customer regarding promotions, offers or any other relevant information. With push notifications, we could perfectly satisfy that purpose by sending small doses of information directly to their devices.

We had the idea, and the technology was available. We were at the right time to deliver another success.

The market surprised us again: UbiZ immediately caught the attention of advertisers and reached 100,000 downloads on the Android and Apple markets.

According to StatCounter, Internet usage on mobile devices and tablets surpassed that of desktop PCs worldwide for the first time at the end of 2016. Mobile phones and tablets accounted for 51.3% of the world's preferred Internet devices.

The market surprised us again: UbiZ immediately caught the attention of advertisers and reached 100,000 downloads on the Android and Apple markets.

Today, UbiZ expands and advances by, offering the use of the UbiZ for Business tool to companies with no market competition, and UbiZ for People, which promotes interaction between users and companies through sweepstakes and prizes, with actions that strengthen loyalty. Further, through its directors, UbiZ offers complete advice on the use of the tool.

Demand for mobile apps has never been higher! According to recent data, nearly half of small businesses are expected to develop their own mobile app by 2022.

The trend of small businesses is to develop their own applications

Our desire is to participate actively and to reach the figures of users that we have achieved in AiYellow.

In a market increasingly focused on mobile cellular technology, our goal in the short term is to open as many commercial licenses as possible to strengthen the application and reveal its value. According to our estimates, the number of users should grow exponentially using the WhitePages database and its awards system.

Our presence in the world

Every day new members are added from all over the world as City Directors of the City Director Program.
Meet the members by clicking on the yellow locator that appears in the geographic location that is of interest to you.

To all the members of the GDC community

We want to thank you for your participation in this venture which will open new possibilities to all the participants.

We want to inform you that from September 13, 2019, to January 6, 2020, GDC will be operational in Beta mode. During this period our Technical Department will be adding functionalities, texts and languages during the test process.

It is possible that, during this period, interruptions in some of the contents and functionalities may be experienced.

Again, thank you very much for your participation and for joining us at this stage of GDC.